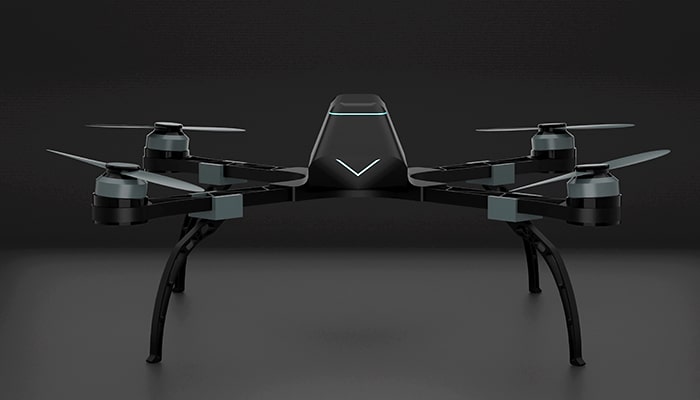 Drones are now increasingly being used across various sectors like military, agriculture, photography, etc. Every day, drones continue to draw more industries with their capabilities. There is a wide variety of drones available in the market that are made to suit the needs of the user. 3D printing enables drones to be produced with more versatility and flexibility. This allows users to have easy access to drones at affordable prices.

For the sake of relevance, when we say “Drones”, it excludes the military-grade Predators or Global Hawk, we mean the smaller, consumer, or small to medium payload drones. These drones evolve continuously with advancements in technology. Throughout this article, we will explore the journey of drones and where it is headed.

Drones come in different shapes and sizes. The design variations depend on the usage of the drone. Aerial photography drones differ structurally from delivery drones, long-endurance ones differ from short and agile ones, heavy-lift drones differ from high-flying ones, etc. The variations in drones are based on their aerial platforms.

Main components of any drone consist of the following

Since we are focussing the discussion on 3D printing, we will talk mainly about airframe and structural parts which can actually use 3D printing.

It is the skeletal structure of the drone. It is where the rest of the components fit into a solid frame. A rigid, strong, and lightweight airframe is always recommended for a high-performing drone.

Frames can be made out of various materials like — carbon fiber, aluminum, glass fiber, etc. These can be joined with regular or special fasteners or industrial-grade bonding agents. Depending on the type of drone, the airframe may support propeller mounting, or wings, or both. The placement of propellers and wings decides the load path for the structure, which further dictates how lightweight the drone can ultimately be.

3D printing comes in handy to fabricate airframes exactly as designed, which might otherwise not be possible with traditional manufacturing. This allows the drone designer to go crazy with designs (using topology optimization), and still be able to fabricate the drones using additive manufacturing.

The primary aim of landing gears is to enable smooth landing. It helps in supporting the drone. Most delivery drones use landing gears that help in carrying items.

Inside the wing, there are ribs and spars to bear the load, and these are often complex in shape to allow other parts to fit into each other. 3D printing allows you to print any complex wing-frame in one shot, or multiple components which you can later assemble easily.

Plus, you can use different materials in the wing frame in the same print procedure. This gives the flexibility to reduce weight where required. One such example is shown below

Propellers are the power generators for the drone, it gives the thrust required to move up or forward. It also helps control the motion. Propellers help in pushing (if placed on the aft-end) or pulling (if placed in front) the drones. Propellers can be of different shapes and sizes depending on the payload capacity, agility and endurance required.

Plastic, wood, and carbon fibers are the materials generally used for propellers. Carbon fiber propellers are usually preferred for high-performance drones, as they are lightweight and stronger. Even though they might be slightly more expensive, it is worth investing in.

Although 3D printing today isn’t mainstream in making propellers, it is a flexible way to make any specially shaped propellers that are not required to be very high performance. So if you have a 3D printer in-house, you can break as many plastic propellers as you want.

Combined with certain post-processing steps though, 3D printing can even produce high-performance propellers as well. Fabheads has developed few such technologies in-house. These technologies allow us to strengthen the 3D printed part by infusing resin material in the part at different ratios. This gives the final part as strong as a traditionally manufactured part. Once automated, this process can be used for mass manufacturing of the propellers along with 3D printers.

Material for drone airframe and other components can be different depending on the cost, payload, and performance. Predominantly plastics are used to construct the frame of regular consumer drones and carbon fiber composites for high-performance drones. Carbon fiber makes the drone more agile, lightweight, and durable.

When you want to design a lightweight drone, 3D printing allows you to make any crazy design and print it out physically. This gives you the freedom to design things traditional processes could never manufacture.

No longer do you have to stick to traditional joints etc. You can design any joint as per your design in metal or plastic, and design the mating part accordingly, and print everything.

3. Quick and easy inception of design

With 3D printing, there is almost no delay in moving from design to prototype or final product. Especially for drones, the components can be printed immediately before assembly. This gives you iteration capability like never before and also reduces lead time for testing or final delivery.

Drones are dynamic in nature. They are often used to carry things around, cover large distances, etc. Which makes them susceptible to physical damage. In such cases, 3D printed spare parts can be procured in no time. This way you can avoid hoarding spare parts in anticipation. Print whatever is broken saves cost big time.

With 3D printing, a camera-carrying drone can be easily customized to be a delivery drone or vice versa. All you need to do is print a new attachment bracket. Such flexibility is only possible due to the 3D printing capabilities. Simple design changes on software can be made quickly to accommodate the user’s requirements.

The table below draws a comparison between the two techniques of manufacturing.

Most of the drones are produced using a combination of manufacturing techniques. RTM molding, handout layout processes are also being used to manufacture some drone parts. They are slightly labor-intensive, which is why more drone manufacturers are looking to 3D print most parts of the drones.

Why carbon fiber for drones?

The weight of drones has always been a primary concern for any drone user. The aim is to achieve the lightest drone without compromising on functionality.

Aluminum is a viable option for weight reduction. It has a density of 2.7g/cm3. However, carbon fiber is much lighter with a density of 1.7g/cm3. Which makes them the best option for the production of drones. Carbon fiber can be combined with other reinforced polymers to enhance and improve the performance of the material in use.

The three key points that make carbon fiber composites the most feasible option are:-

The graph below depicts the growth with predictions up to 2025. According to the graph, we can see that the number of industries utilizing drones is increasing with time. The industry-specific solutions using drones have allowed the expansion of drones. E.g., the construction industry uses drones to do land surveys, prevent hazards at sites, etc.

We can see that more companies are investing the drone technology, like

The company has one of the highest number of patents for drones (63 patents). They continue to invest in drones for mapping purposes.

They continue to enhance the drone functionalities by introducing the ‘send and avoid’ feature through its software development capabilities. They have invested in companies like Ascending Technologies, MaVinci. These companies work on improving drone technology for commercial usage.

This article attempts to highlight the importance of 3D printing in the coming age of drones. The production quality is heavily dependent on the process and materials used for its fabrication. The wide variety of drones can be overwhelming for buyers. A brief understanding of the materials and components can help both the user and manufacturer make a promising decision.

3D printing provides flexibility — both cost and design-wise and also allows you to optimize the drone’s structures in several ways. Plus it saves you from the cost of hoarding spares or getting stuck with traditionally manufactured parts to be used in drones. With 3D printing, you can design an amazingly optimized drone airframe without accruing significant cost or lead time.

From this discussion, one can agree that drones have a promising future. Let us know in the comment section what are some creative ways in which one can use 3D printed drones?

Carbon Fiber: How is continuous fiber printing transforming the landscape of the manufacturing industries?